Jacqueline Vayntrub is Associate Professor of Hebrew Bible at Yale Divinity School, with an appointment in the department of Religious Studies and affiliation with the program in Judaic Studies. Vayntrub’s research focuses on the formation of the Hebrew Bible, its various genres and modes of discourse against the broader background of ancient Near Eastern literary production, and its reception in and impact on Western scholarship. Broadly, her work seeks to recover the values of ancient literary culture through the language of the texts and examines how these values were reshaped in their reception.

She is the author of Beyond Orality: Biblical Poery on its Own Terms, which was published in March 2019. The book offers a new way to think about biblical poetry as the presentation of speech, and shows how biblical poetry has, in different periods of its reception, worked as a mirror, reflecting each era’s own self-image of verbal art. The book shows how this problem is rooted in a crucial pattern within the Bible itself: the texts we recognize as “poetry” are framed as powerful and ancient verbal performances, dramatic speeches from the past.

She has two books under contract, Reframing Biblical Poetry, with Yale University Press in the Anchor Bible Reference Library series, and a co-authored volume Hebrew and Aramaic Writings about the Dead from Judah and Judea: Eighth cent. BCE through First cent. BCE. in the Writings from the Ancient World series, published by the Society of Biblical Literature. In 2019-2020, she held a fellowship at the Katz Center for Advanced Judaic Studies at the University of Pennsylvania for her project on depictions of transmission of knowledge, object, and text in biblical and ancient Near Eastern literature.

She is a founding member and current co-chair of Philology in Hebrew Studies, a program unit in the Annual Meeting of the Society of Biblical Literature, co-chair of the Bible and Biblical Interpretation section at the Association for Jewish Studies, general editor of Metatron, Brill’s Studies in Cultural Contexts of the Bible, and T&T Clark’s Library of Hebrew Bible and Old Testament Studies (LHBOTS). She is also a Hebrew section editor of the Philological Practices Lexicon project, to be published with Princeton University Press. More on Vayntrub’s publications and current research projects can be found here.

David Lambert is Associate Professor in the department of Religious Studies at the University of North Carolina, Chapel Hill. Lambert’s work concerns the Hebrew Bible as a textual object whose interpretation stands to tell us as much about its readers and their communities as it does about ancient Israelite origins. His research looks to bring historical critical approaches to the Hebrew Bible into closer conversation with the history of biblical interpretation.

He is the author of How Repentance Became Biblical: Judaism, Christianity, and the Interpretation of Scripture, which won the 2016 AAR Award for Excellence in the Study of Religion in the category of Textual Studies. The book considers the development of repentance as a concept around the turn of the Common Era and how it came to be naturalized as an essential component of religion through a series of reading practices that allowed nascent Jewish and Christian communities to locate repentance in Scripture.

Lambert is also a co-chair of Philology in Hebrew Studies at the Annual Meeting of the Society of Biblical Literature and co-chair of the Bible and History of Biblical Interpretation section of the Association for Jewish Studies. Publications can be accessed here.

Eva Mroczek is Associate Professor in the department of Religious Studies at the University of California, Davis. Mroczek’s research concerns the texts and traditions of ancient Judaism, including the Hebrew Bible, the Dead Sea Scrolls, and the writings that modern scholars call “Apocrypha” and “Pseudepigrapha”—texts highly regarded in ancient religious communities, but excluded from the canonical Bibles of modern Jews and Christians. Her major research questions concern how readers shape the meanings of their texts, and how these meanings are transformed over time.

She is the author of The Literary Imagination in Jewish Antiquity, which won the 2017 Manfred Lautenschlaeger Award for Theological Promise, the 2017 The George A. and Jean S. DeLong Book History Book Prize, and was a finalist for the Jordan Schnitzer Book Award from the Association of Jewish Studies. The book tells an unfamiliar story about sacred writing not bound in a Bible. In listening to the way ancient writers describe their own literature, the book also argues for greater suppleness in our own scholarly imagination, no longer bound by modern canonical and bibliographic assumptions.

Mroczek is founder and former chair of the Book History and Biblical Literatures program unit at the Annual Meeting of the Society of Biblical Literature. Publications can be accessed here, and news about her award winning new project, Out of the Cave, can be found here. 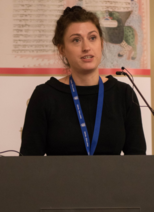 Laura Quick is Associate Professor of Hebrew Bible at the University of Oxford. From 2017-2019 she was Assistant Professor of Religion and Judaic Studies at Princeton University. Quick’s research is situated at the intersection of Biblical Studies, Assyriology, and Classics. Her scholarship is concerned with the composition of biblical literature in the wider context of the ancient Near East, with an emphasis on the production, consumption, and transformation of sacred texts by religious communities.

She is the author of Deuteronomy 28 and the Aramaic Curse Tradition, which considers the relationship of Deuteronomy 28 to the curse traditions of the ancient Near East. The book focuses on the linguistic and cultural means of the transmission of these traditions to the book of Deuteronomy, examining a broad range of materials, including Old Aramaic inscriptions. The book demonstrates the value of Northwest Semitic texts as primary sources to reorient our view of an ancient world usually seen through a biblical or Mesopotamian lens.

Quick is also the author of Dress, Adornment, and the Body in the Hebrew Bible, Oxford University Press. The book demonstrates how body adornment can deepen our understanding of attitudes towards the self in the ancient world. In her reconstruction of ancient performances of the self, the body serves as the observed center in which complex ideologies of identity, gender, sexuality, ethnicity, and social status are articulated. She is the author of dozens of articles, the 2019 recipient of the Society for Old Testament Study Essay Prize, “The Book of Ruth and the Limits of Proverbial Wisdom,” recently published in the Journal of Biblical Literature, and a recipient of the 2020 Leverhulme early career researcher prize.

Quick is a steering committee member of the Philology in Hebrew Studies program unit at the Society of Biblical Literature Annual Meeting. Many of her publications can be found here. 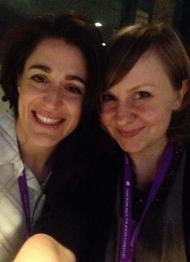 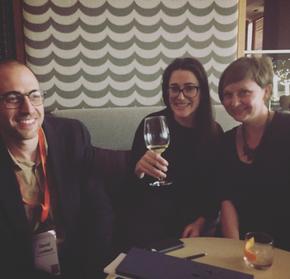 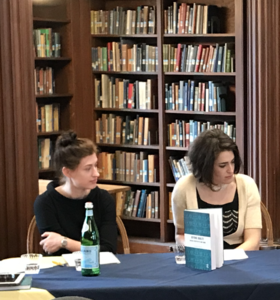